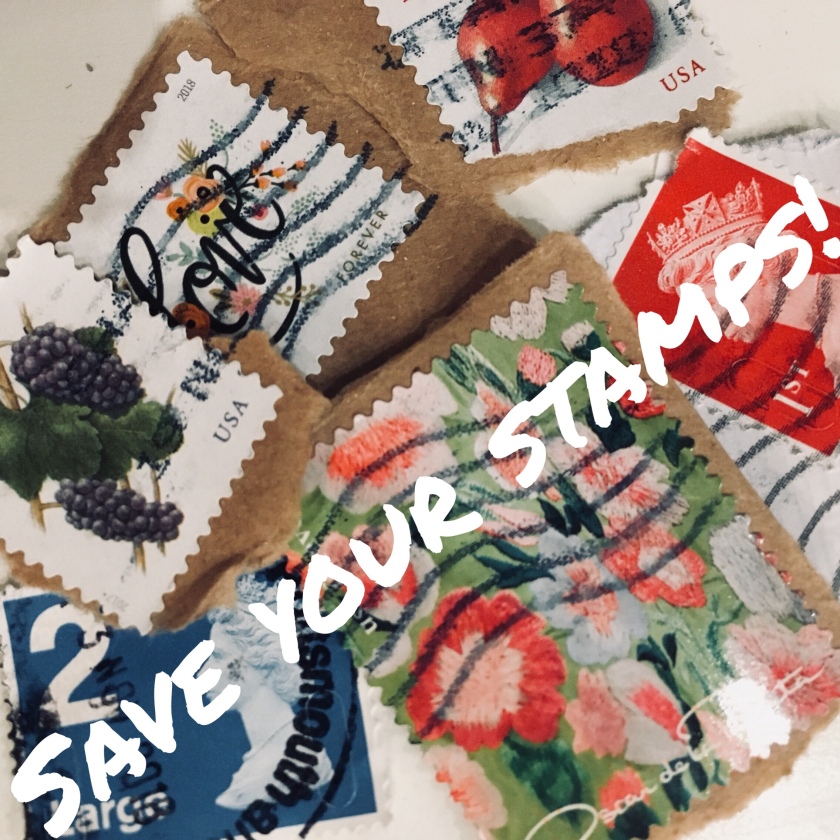 We’re going to keep this first challenge simple: SAVE YOUR STAMPS!

It’s may not seem like much, but the small act of collecting your stamps could make a BIG a difference in the lives of those less fortunate than ourselves. We will be giving all of our used stamps to BMS, this is from their website:

“BMS World Mission has been raising money since the late 1920s by gathering and selling used postage stamps… In 1928, this first appeared in the BMS accounts as £60; now in the last financial year it raised over £15,000… Some of this money has been used to provide 2,000 picture Bibles to vulnerable Syrian children… introducing them to Biblical values such as love, compassion, grace, peace, justice, acceptance of others and forgiveness… Another example is BMS’ support of malnutrition protection workers in their hospital in Chad.”

A small act that makes a big difference. That is part of what this Advent Challenge is about, shifting the focus of Christmas from ourselves, to others, with small acts of kindness and thoughtfulness.

You can collect your stamps throughout all of the Christmas season (and throughout the year!) and bring them to the Harvington Baptist Chapel at any point. If you live a bit further afield then you can send them directly to BMS at: BMS Stamp Bureau, BMS World Mission, P.O. Box 49, 29 Broadway, Didcot, Oxfordshire, OX11 8XA. Which, of course, would mean another postage stamp!

This site uses Akismet to reduce spam. Learn how your comment data is processed.